In Northern Italy, Barbera is considered an everyday wine of the people. Made from Barbera grapes, it’s a dry red wine that is both affordable and accessible. The dark pigments of the Barbera grape give it a deep purple (almost black) color in the bottle and the glass. Yet, many people are surprised when they take their first sip and find that Barbera is actually a light red wine with fresh, flavorful notes of cherry, nutmeg, strawberry, and citrus. This richness and tart crispness combine to make Barbera a go-to wine year-round, perfect for a cold winter night or hot summer day by the pool (as a lighter red wine, go ahead and stick Barbera in the fridge for 30 minutes). It is an inviting and accessible wine enjoyed by beginners and experts alike. So whatever your wine experience level may be, you owe it to yourself to enjoy a glass (or two) of this delightful crowd-pleaser.

The Barbera grape can trace its roots in Northern Italy back to the 13th century, though some claim this history goes back as far as the 7th century. Throughout history, Barbera has generally been an affordable wine for ordinary people. And thanks to Italian immigrants, this heat-tolerant grape has spread its wings to find new homes in warm climates all across the New World. Unfortunately, Barbera has come across hard times in recent years. In Italy, the Barbera grape has dropped from the third most- planted grape in Northern Italy to the sixth. But its decline may have started back in the mid-1980s when several Italian winemakers tried to bolster their profits by adding methanol to their wine. This additive caused a local health crisis that killed nearly 30 people and left many more with severe, lifelong health issues.

This tragedy dealt a severe — but understandable — blow to Barbera's popularity. However, despite this tragedy, the Barbera grape has begun to recover the positive press coverage it deserves, it’s currently making a comeback as it’s introduced to new audiences worldwide.

Is Barbera a Varietal or a Blend?

The majority of Barbera wines are varietals, which means they’re made from a single Barbera grape variety. Many Italian vintners are starting to include varietals in their wines, and two of the most popular Italian varietals are Piedmont's Barbera d'Alba and Barbera d'Asti. At an Italian restaurant with friends and feeling intimidated by the wine list? Barbera d’Alba and d’Asti are both go-to wines with all sorts of Italian food.

While most Barbera wines are varietals, there are a good number of Barbera blends available as well. Many winemakers are taking advantage of the Barbera grape's high acidity to add a sense of freshness and crispness to their wine blends. These blends are typically made from Barbera grapes mixed with French grapes (such as Merlot or Cabernet Sauvignon). This combination creates new and exciting wine blends that are well-balanced and easy to drink.

After they’re harvested, Barbera grapes are pressed, fermented, bottled, and aged just like other wines. Because Barbera is high in acidity but low in tannins, it develops its final flavor more quickly than other wines. This unique quality means that Barbera is often consumed as a young wine.

When it comes to the fermenting step of the production process, some winemakers choose to ferment or mature Barbera using oak barrels. This approach tends to bring out the richer fruit and spice notes in the wine, such as dark cherry, spice, and clove. Other aging methods, such as aging in stainless steel vats, allow the wine to retain more of the Barbera’s acidic and citrusy character and emphasize the wine’s naturally tart and fruity flavor profile.

Barbera Around the World

In its home country of Italy, Barbera grapes are most commonly planted in the Piedmont region, where they share a place with some of Italy's most popular wine grapes. The Barbera is an underdog of sorts in this region, as it constantly battles for prime growing locations with the more prestigious, high-tannin Nebbiolo grape. Barbera loses most of these battles due to the Nebbiolo grape's higher profitability, which means that it is not grown on the desirable higher elevations and south-facing slopes. Instead, Barbera grapes are often grown on lower slopes, hills, and valleys below the mountain fog line. Despite these early obstacles, Barbera remains a favorite wine of many Italians and is loved by millions around the globe. (We all love underdogs, don’t we?) Being a heat-tolerant grape, Barbera is increasingly finding new and welcoming homes in places like Argentina, Australia, and the USA (specifically California's Central Valley and the Sierra Foothills). Many of these New World winemakers are capitalizing on the Barbera's high acidity and low tannins to create fresh and more citrus-forward wines than those produced by Old World winemakers. With their fresh new flavors, these winemakers are introducing Barbera to countless new consumers.

What to Expect from Barbera Wine

Barbera is a surprising wine, both to the eyes and to the tastebuds. If you’ve never tried Barbera wine before, its dark color might lead you to expect an intense dark fruit taste, but its flavor is actually fresh, citrusy, and light. This contrast consistently surprises first-time drinkers — in a good way. When tasting this wine, you can expect to taste notes of cherry, strawberry, nutmeg, and plum, as well as subtle notes of apricot and clove.

If you want to enjoy every nuance of Barbera wine, it’s best to serve it in a red wine glass. The larger bowl of a red wine glass allows the wine to cover more surface area and mix with more air. This has the effect of developing the wine's aromas and flavors even further and allowing you to experience it in its full complexity. Barbera is an acidic wine. This acidity makes your mouth water and conveys a sense of crisp freshness to your senses. Barbera also has low tannins, natural chemical compounds found in grape skins that cause a slight bitterness and "mouth dryness.” This combination makes Barbera wine is easy to drink without much bitterness and pairs well with rich, flavorful foods.

What Should You Serve With Barbera Wine?

When pairing wines, it’s important to consider the wine's place of origin. Since Barbera is common among more pastoral and salt-of-the-earth regions in Northern Italy, it’s not surprising that it pairs well with earthy comfort foods like red meats, potatoes, root vegetables, cheeses, and herbs.

The acidity in this wine also balances well with the fats of meats and cheeses, making Barbera excellent for pairing with anything from pizza to sausage to mushroom risotto to spaghetti and meatballs. It truly is a versatile wine that will remain a favorite for millions and earn the love and respect of millions more as they try it for the first time. You know, people just like you! 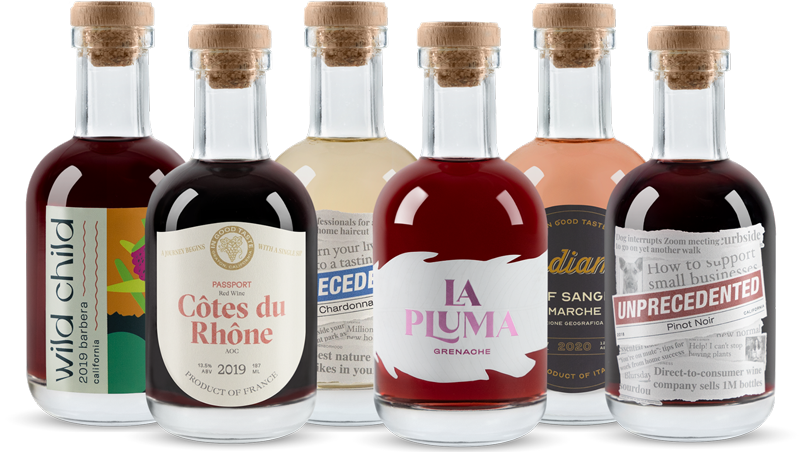